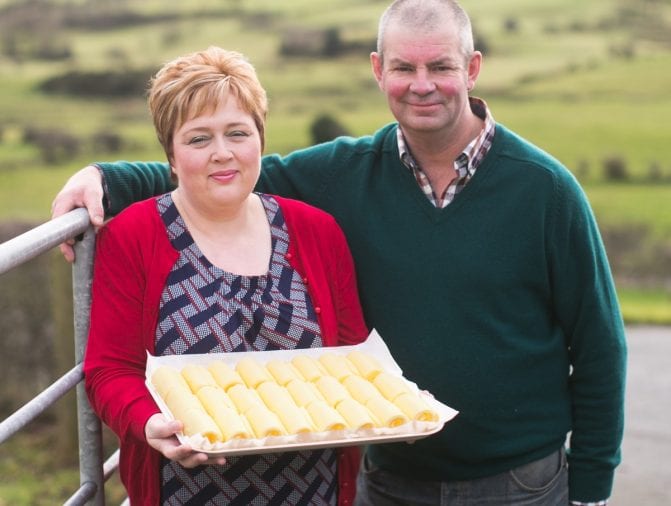 The company, based at Dromara in Co Down, is now supplying its four-strong range of luxury butters to Cotswold Fayre, the UK leader in the distribution of gourmet food and drink.

The deal, Abernethy’s first with a major distributor of gourmet products throughout Great Britain and Ireland, was agreed earlier in the year. Cotswold Fayre, the leading supplier of premium products to delis, independent food stores, farm shops, restaurants and hotels, is handling the four Abernethy butters – original, smoked, seaweed and the recently launched black garlic.

The company, a Food NI member, has won a string of UK Great Taste Awards for its products and counts among its clients are top chefs such as Heston Blumenthal and Marcus Wareing along with food specialists including Nigella Lawson.

Other clients include the prestigious Ritz Hotel in London and Ashford Castle in Co Mayo. Existing retailers in Britain also include Fortnum and Mason, Harrods and Selfridges.

Allison Abernethy, who founded the small company with husband Will, the butter maker in 2005, commenting on the latest deal, says: “We were thrilled when Cotswold Fayre approached us about distributing our products. They told us that the approach was the outcome of demand from their customers in Britain for our handmade butter.

“The agreement gives us access to their extensive network of customers focused on gourmet products. It’s a good fit for us and we look forward to working closely with them in our most important market outside Northern Ireland,” she adds.

“The new business with Cotswold Fayre is very exciting and is a tremendous endorsement of the consistently high quality and outstanding taste of our handcrafted butter. It’s marvellous that their customers have been asking for our butter,” Allison continues.

The enterprising couple use only traditional techniques on their 66-acre farm in Co Down, which has been in Will’s family for generations. They source cream for the butter from cows grazing on the lush green pastures of the Lagan Valley in Co Antrim. All that is added to the natural butter is a pinch of salt.

The butter is available in delis, farm shops and smaller retailers across Northern Ireland.