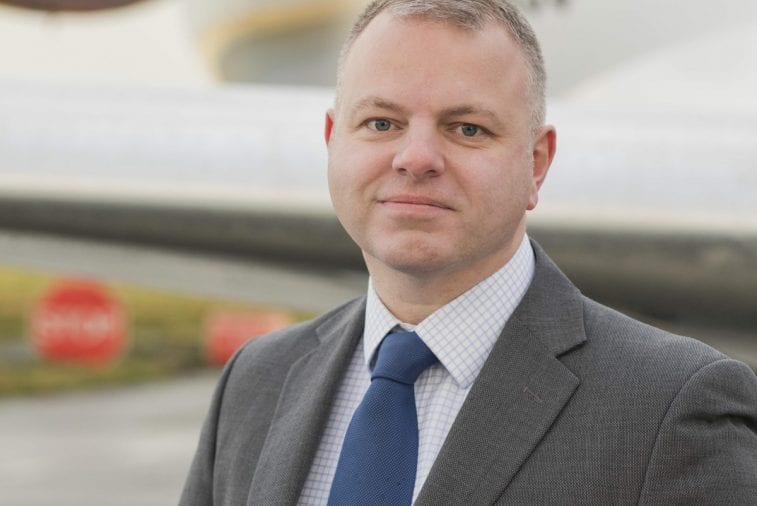 Loganair has been selected as the new operator for the Public Service Obligation (PSO) contract to secure Derry’s sole air service to London, following the weekend’s news that previous operator flybmi has entered insolvency.  In a further major boost for City of Derry Airport, Loganair has also announced a new daily service to Manchester.

As part of the contract, the airline will begin operating to London Stansted from Wednesday February 27, providing two services each weekday and on Sundays alongside a single Saturday flight as part of a Derry City and Strabane District Council PSO contract – a move which will come as great relief to local travellers given the importance of the route.

On May 24, Loganair will commence daily services to Manchester on board a 49-seat Embraer 145 jet aircraft.   With a flight-time of only 70 minutes, this brand new link will offer a convenient gateway to the North West of England and worldwide flights with Loganair’s partner airlines at Manchester.  The region’s economy is booming, and Manchester Airport’s rail station offers excellent onward connectivity throughout the north of England.

The Scottish airline already provides service between Derry and Glasgow five days per week – having stepped in to safeguard the route following Ryanair’s withdrawal last year.   It has a long history of service at City of Derry Airport, and was the first airline to fly commercial services there back in April 1979.

“The route is an important link to London and the South East with a schedule which has been tailored to the needs of the business community – enabling a full day of work in the capital before an evening flight home. The weekend services will also be attractive to leisure passengers who can chose the length of a short break.”

“Our new Manchester route marks a further expansion of the airline’s destination map from Derry, building our relationship with the airport and providing even more choice to customers. With a robust economy and diverse cultural offering, we’re excited to connect the two cities.”

Lead-in fares between Derry and London Stansted begin at £39.99 with tickets to Manchester priced the same. All reservations include 20kg of complimentary hold luggage and passengers are eligible to join Loganair’s loyalty programme, Clan Loganair.