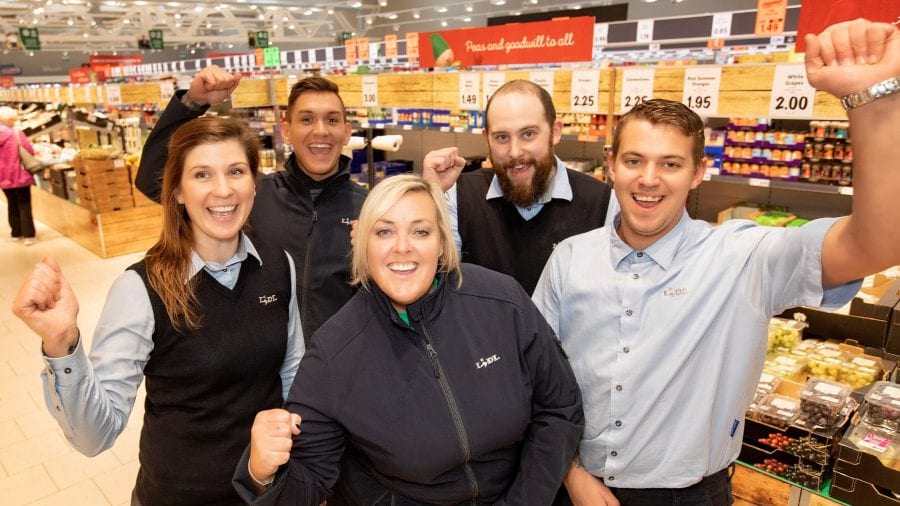 Lidl Northern Ireland has consolidated its position as a top local employer by confirming it will introduce the new real Living Wage from early next year – a move that will see wages increase from £8.75 to £9.00 per hour for 11% of employees. All other employees working in Lidl already earn in excess of the real Living Wage rate.

The announcement follows today’s recommendation by the Living Wage Foundation that hourly rates should rise to £9.00 to reflect the real cost of living in Northern Ireland.  Higher than the government-set ‘National Living Wage’, the pay level advised by the Foundation serves as independent guidance for employers. Its adoption is voluntary and organisations are free to choose whether or not to implement it.

Lidl is the first supermarket in Northern Ireland to match the Foundation’s new pay recommendation.  This proactive step continues its exemplary track record as a pioneering, best-practice employer which, in 2015, saw it become the first major retailer here to introduce the Living Wage for all employees.

The new increase comes into effect from 1st of March 2019, the start of the company’s next financial year. It will benefit almost 11% of employees across its 38 stores and Distribution Centre in Nutts Corner, Antrim, who are currently earning £8.75 per hour alongside a range of supplementary benefits.

Conor Boyle, Lidl Northern Ireland’s Regional Director, said: “Lidl was proud to champion the Living Wage in Northern Ireland.  Our people are central to our success.  They look after our customers, drive our operations and support our communities.  It is important for us to reward them, not just with market-leading rates but also by creating an environment where their holistic needs and well-being are prioritised.

“We are the first supermarket in Northern Ireland to commit to this increase and are delighted to complement and boost the already powerful and wide-ranging benefits package we have put in place for our outstanding local team.”

The Living Wage commitment is one of many initiatives introduced by Lidl Northern Ireland in recent years to build a better workplace and to share with all 900 local employees the success it is enjoying as it continues to grow its market share.  Current benefits include: Employee Assistance Programme; paid maternity and paternity leave; subsidised sports and social; paid sick leave; paid volunteering; pension contributions after one year; and paid health insurance for salaried employees.

“By continually investing in our team, we continue to retain and attract the best employees and, in turn, continue to serve our customers in the best way possible.  This approach is pivotal to our success and our position as Northern Ireland’s fastest-growing supermarket,” Conor continued.

In conjunction with Lidl Northern Ireland’s move, Lidl Ireland has also taken the market lead in committing to match the rate of €11.90 recommended by the Living Wage Technical Group, also from 1st of March 2019.