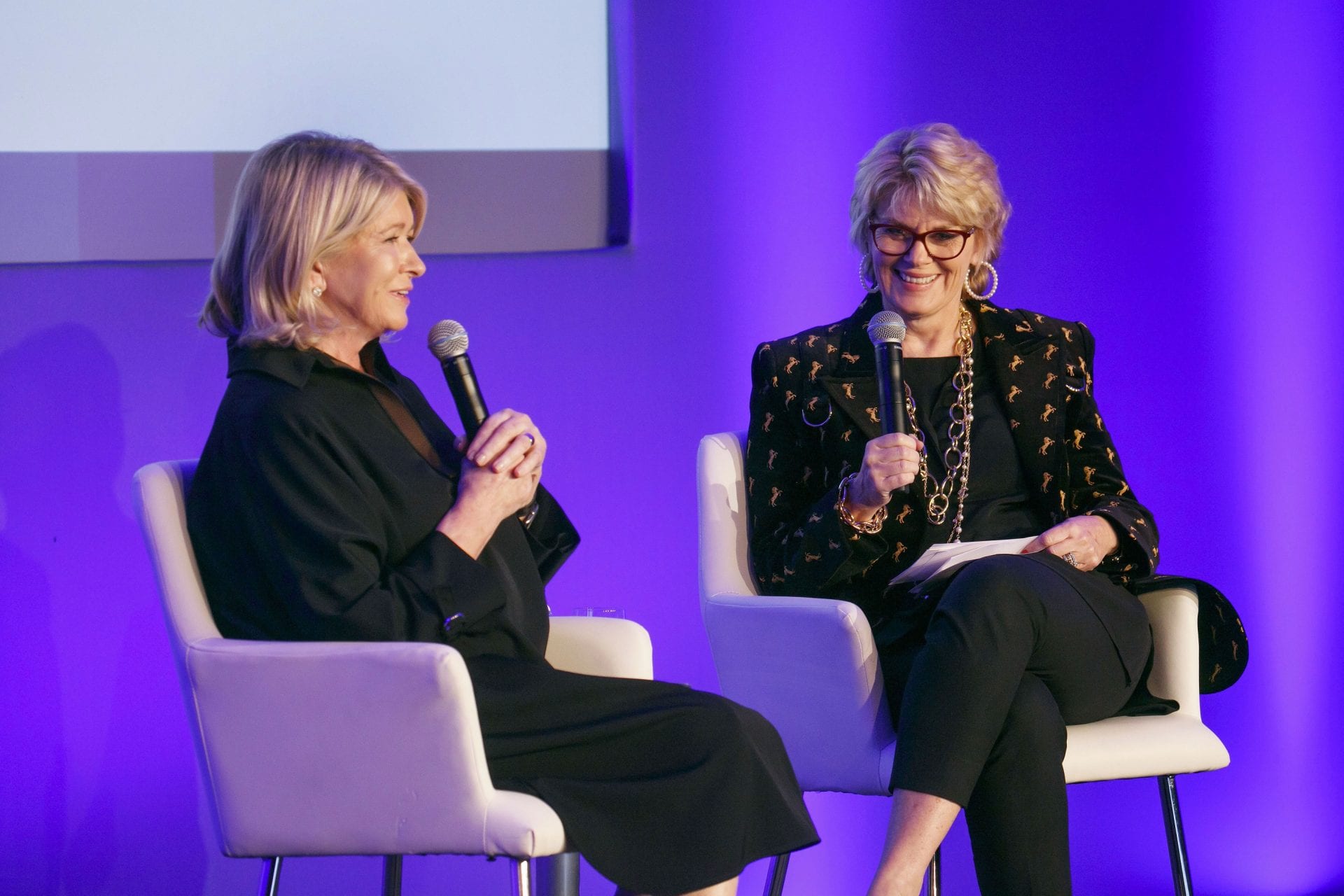 TV personality and entrepreneur Martha Stewart, Cherie Blair QC, and politician and chief commissioner for human rights in Northern Ireland Monica McWilliams were among the thought leaders who shared their insights at a global forum held in the Shelbourne Hotel Dublin focused on contemporary issues around women driving economic and social progress.

Launched in Haiti in 2012, the programme has since been held in South Africa, India, Singapore, Brazil, Qatar, Mexico, Northern Ireland, Poland, Japan, the UK, Australia and the United States.

This week, a group of 11 leaders of small businesses and social enterprises from Ireland, Kenya, USA, India, Israel and South Africa have been matched with 11 global ambassadors – established women executives from a range of sectors and organisations – for one-on-one mentoring and workshops around leadership, financial management, business strategy and communications.

Over 200 women, including the mentors and mentees, attended the forum where they heard Martha Stewart talking about her entrepreneurial journey from setting up a catering company in a basement in Connecticut in the 1970s to taking Martha Stewart Living Omnimedia public in 1999 and becoming a billionaire on paper on the same day. One of the keys to her success, she said, was to always adapt to and adopt new technologies.

A very different journey was the one Monica Williams – a co-founder of the Northern Ireland Women’s Coalition – and her party travelled to get to the negotiating table ahead of the Good Friday Agreement. “We thought we could bring a different agenda to the peace talks and we wanted the representation of women in terms of empowerment, in terms of participation and in terms of inclusion to also be there,” she said.

On current challenges around the future of the peace process, McWilliams said it is vital to believe there’s light at the end of the tunnel. “We are very worried because we’re uncertain where we’re going. But we have to believe these days are better than the 30 years I lived through and we can do better still and there has to be potential for leadership to come together.”

Cherie Blair explained how she looked at her own experience when setting up the Cherie Blair Foundation for Women, which seeks to empower women entrepreneurs in low and middle income countries. “I thought about what had made a difference to me. I was able to make my own choices because I had my own money. I thought if I could help other women have their own money, they too could make those choices.”

And she stressed the importance of leadership. “It isn’t about somebody else – leadership is also very much about you in your local community and what you can do locally. Use whatever platform you have. We’ve got to seize our opportunities.”

The Global Ambassadors Program takes place in Dublin as Bank of America prepares for the city to become the location of its EU legal headquarters. Bruce Thompson, chief executive of Bank of America Merrill Lynch Europe and vice chair of Bank of America, said the company is recruiting locally as well as internationally, and noted holding the Global Ambassadors Program in Dublin is beneficial in this regard. “As we’re looking to build out a diverse workforce, the fact that people we’re recruiting in the local market can see we have a global programme and are bringing it to Dublin can only help us as we seek to hire and bring in the best talent.”

The Global Ambassadors Program is an integral part of the bank’s culture, said Anne Finucane. “Our positioning is to help with their financial lives through the power of every connection. We believe that if you’re going to help someone with their financial life you have to see them as a whole being, or a whole company. It’s the people who work there. It’s the values of the company and it’s recognising their vision. This is an extension of that. We want to be members of our communities locally and globally.”