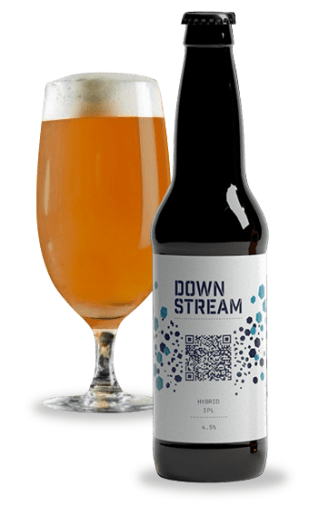 Belfast-based drinks marketing company Irish Craft Beers (ICB) has won business in Japan for a range of beers and spirits produced on the island of Ireland. The deal means that Ireland’s best craft beers, ciders and spirits will be available throughout the Asian nation and to supporters from across the world ahead of the forthcoming Rugby World Cup later this year.

In addition, the company which pioneered the development of Downstream Beer, the world’s first blockchain beer has secured a listing for this craft beer with Diverse Fine Foods, a leading UK food distributor based in Bristol.

Shane McCarthy, a founding director of Irish Craft Beers, says: “We are delighted with the recent business in Japan and also with Diverse Food stores for Downstream. We hope that Ireland supporters will be able to toast the team’s success in the championship.

“We’ve enjoyed spectacular growth in the four years since the company was formed to market Irish beers, ciders and spirits in international markets. We have experienced constant revenue growth of more than 100 percent year-on-year.

“And we anticipate continued high rates of revenue growth particularly in international markets in the year ahead, he adds.

Irish Craft Beers has succeeded in building sales in global markets including the Middle East and Asia for local beers, ciders and spirits in its portfolio including Echlinville spirits, Shortcross Gin, Copeland Gin and Hillstown beers.

Mr McCarthy continues: “We are 100 percent committed and passionate about Irish craft beer, ciders and spirits. Our mission is to help Irish micro-breweries, cideries and distilleries export their premium, artisan produce to reach the international markets, allowing adventurous craft beer drinkers to taste something new.

“While breweries focus on brewing, we concentrate on exporting in the most cost effective, streamlined way possible. Irish Craft Beers has vast experience in sales, marketing, finance, global logistics and distribution. Combine this with the extensive expertise of Irish craft breweries and we make a formidable team!”

Irish Craft Beers’s Downstream is the only beer to be brewed using blockchain technology which enables consumers to track the beer’s ingredients, production and distribution by scanning a barcode on the label.