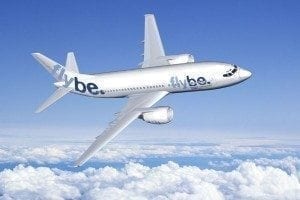 Flybe, Europe’s largest regional airline, is offering up to 25% off two million seats for bookings made between 11th – 15th July, 2014 and for travel from 18th September through to 28th March 2015.

If it flies, it will be on sale!  High on the expected list of most popular routes and the ones likely to sell out first, are airline’s  five brand new routes starting on 27th October to and from London City namely Belfast City, Dublin, Edinburgh, Exeter and Inverness; New routes from Birmingham to Hamburg, Oslo and the three times a week daytime service to Reykjavik Keflavik; the new Flybe Shuttle service between Jersey and Aberdeen with stops in Southampton and Leeds Bradford; routes from London Southend and those from Southampton including those to regional France and the sun routes to Alicante and Malaga.