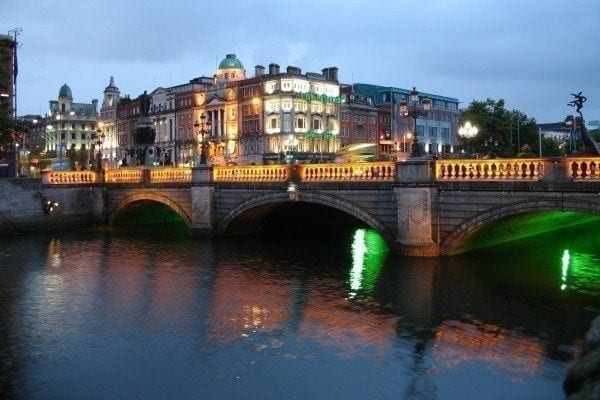 As is the case with all pricey capital cities you’ll often find yourself thinking, ‘Wait, how much did they say that cost?’

It’s not exactly easy to find cheap things to do in Dublin, ranked just behind London as the 16th most expensive city in the world.

However do not fear as we’ve found a list of some of the best things to do that’ll cost you less than a fiver.

Although a very modest looking church from the outside, below you’ll find the crypts of many of Dublin’s most influential families. Perhaps a bit too morbid (or downright creepy) for some people, for £4 you can take a tour of some of the vaults where you can see the mummified remains of people and hear stories of their (supposed) identities.

Founded in 1592, Dublin’s famous university is free to stroll around. Follow in the footsteps of Jonathan Swift, Oscar Wilde and Bram Stoker and soak up the atmosphere of one of the world’s best and most beautiful universities.

An enjoyable walk in itself, but what is most rewarding are the panoramic views from the bright red lighthouse that has been standing at Dublin Port since 1820.

5. Have a drink in a traditional Irish bar

Head to Temple Bar, known for its lively bars and traditional Irish pubs. It’s the perfect spot to enjoy some great Irish music whilst sipping a pint of the black stuff. That being said, a pint of Guinness will set you back on average about £4.50 (as we said, Dublin ain’t cheap!) but it’s worth it for an atmosphere you won’t find anywhere else.

More: 10 of the world’s sexiest bars (and what to drink there)

Although there are a variety of paid walking tours around the city, it is possible to find some free options. Sandeman’s New Dublin tours take you round some of the city’s most famous landmarks (as well as a few hidden gems) while delivering tales of Viking invasions and battles . These walks start twice daily from the square next to the city halls at 11am and 2pm.

However, if you prefer to do things at your own pace, Visit Dublin have a variety of free podcasts covering 16 different themes from literature to film to different historical periods. Each podcast comes with a downloadable PDF, allowing you to see the city on your own, without missing out on facts and information.

The National Museum of Ireland is spread out over four different locations, three of which are in Dublin (The Museum of Archaeology, Decorative Arts and History and Natural History). There are many more across the city that are free to enter (ideal for when it inevitably starts to rain!), including the Modern Art Museum, the National Gallery, the James Joyce Museum, the Science Gallery and the Doll Museum (some may find here creepier than the crypts).