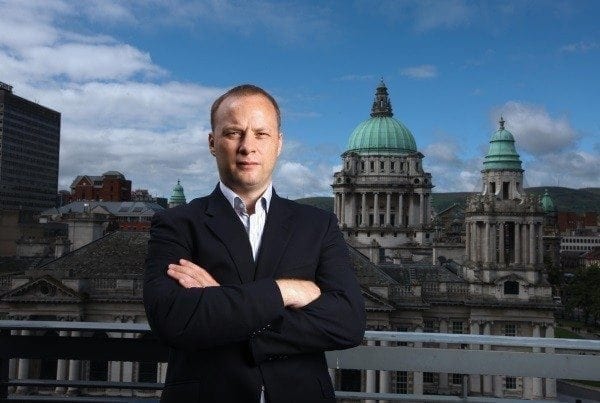 Today sees the release of January data from the Ulster Bank Northern Ireland PMI(r). The latest report – produced for Ulster Bank by IHS Markit – indicated that business conditions in Northern Ireland were subdued at the start of 2019 amid Brexit uncertainty. Business activity rose at the weakest pace in 28 months, while new orders increased only marginally. As a result, companies lowered staffing levels for the first time in four years. 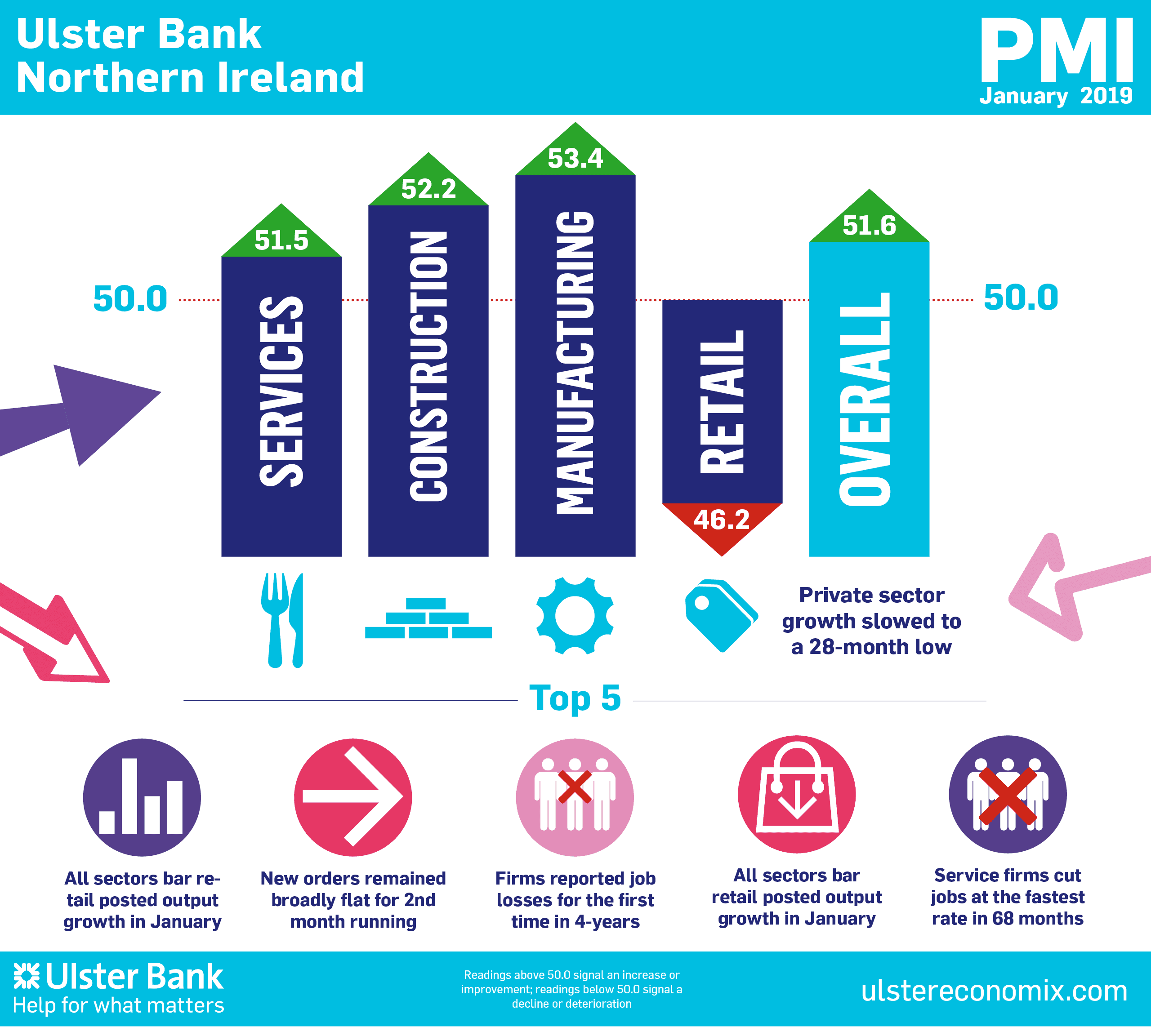 Commenting on the latest survey findings, Richard Ramsey, Chief Economist Northern Ireland, Ulster Bank, said: “Throughout 2018 the theme was one of ever slowing growth, with Q4 the weakest quarter in nine. This trend has continued into 2019, with January seeing private sector growth at a 28-month low. Looking at the order books of firms, which have been broadly flat for the past two months, suggests that subdued growth might be with us for some time. One of the most significant findings of the latest survey relates to employment.

“Whilst 2018 was characterised by a buoyant labour market, a record high in private sector jobs, and growing skills shortages, we are now perhaps at a turning point. The latest survey reports that staffing levels fell for the first time in four-years. Indeed, the Employment Index dropped to a 67-month low. Job losses in the services sector are the primary driver of this emerging weakness.

“At a sector level, all areas bar retail posted output growth in January, but manufacturing growth eased and the expansion in services remained modest. When it comes to retail, it appears that consumer confidence is waning fast, with both retail sales and orders falling at a rapid rate. Indeed, retailers’ sales expectations for a year ahead hit a new low.

“The fact that Northern Ireland’s private sector has started the new year in a relatively weakened position is perhaps not surprising. Of concern perhaps is that the fact that both of our key external markets – the rest of the UK and the Republic of Ireland – are also seeing slower rates of growth, with the UK economy actually approaching stall-speed. As the Governor of the Bank of England recently highlighted, this year could be the weakest rate of growth that the UK experiences in over a decade.”the main findings of the January survey were as follows:

The headline seasonally adjusted Business Activity Index dropped to 51.6 in January, down from 52.7 in December and signalling a slowdown in the rate of output growth for the second month running. In fact, the latest rise in activity was the weakest in the current 28-month sequence of expansion.

Subdued growth was also recorded across the UK as a whole. Output growth was registered in the manufacturing, services and construction sectors, while retail activity decreased. Brexit uncertainty reportedly limited the pace of output growth, while also restricting new order inflows. Some firms were able to secure new business, however, and new orders rose marginally.

Subdued demand conditions led to a first reduction in staffing levels in Northern Ireland in four years. Employment fell slightly during January, with a number of panellists reporting staff resignations. Despite a reduction in operating capacity, backlogs of work continued to fall, extending the current sequence of depletion to six months. Panellists reported working through outstanding business amid a lack of new orders.

Input prices rose at a faster pace in January, with the rate of inflation at a five-month high. Sterling weakness contributed to increased material prices, while staff costs were also reportedly higher at the start of 2019.

Meanwhile, charges were up sharply, and to the greatest extent in three months. Although sentiment around the 12-month outlook for business activity improved to a four-month high in January, confidence remained muted amid continued Brexit uncertainty.

Those panellists expecting output to rise often linked this to marketing plans and new product launches.