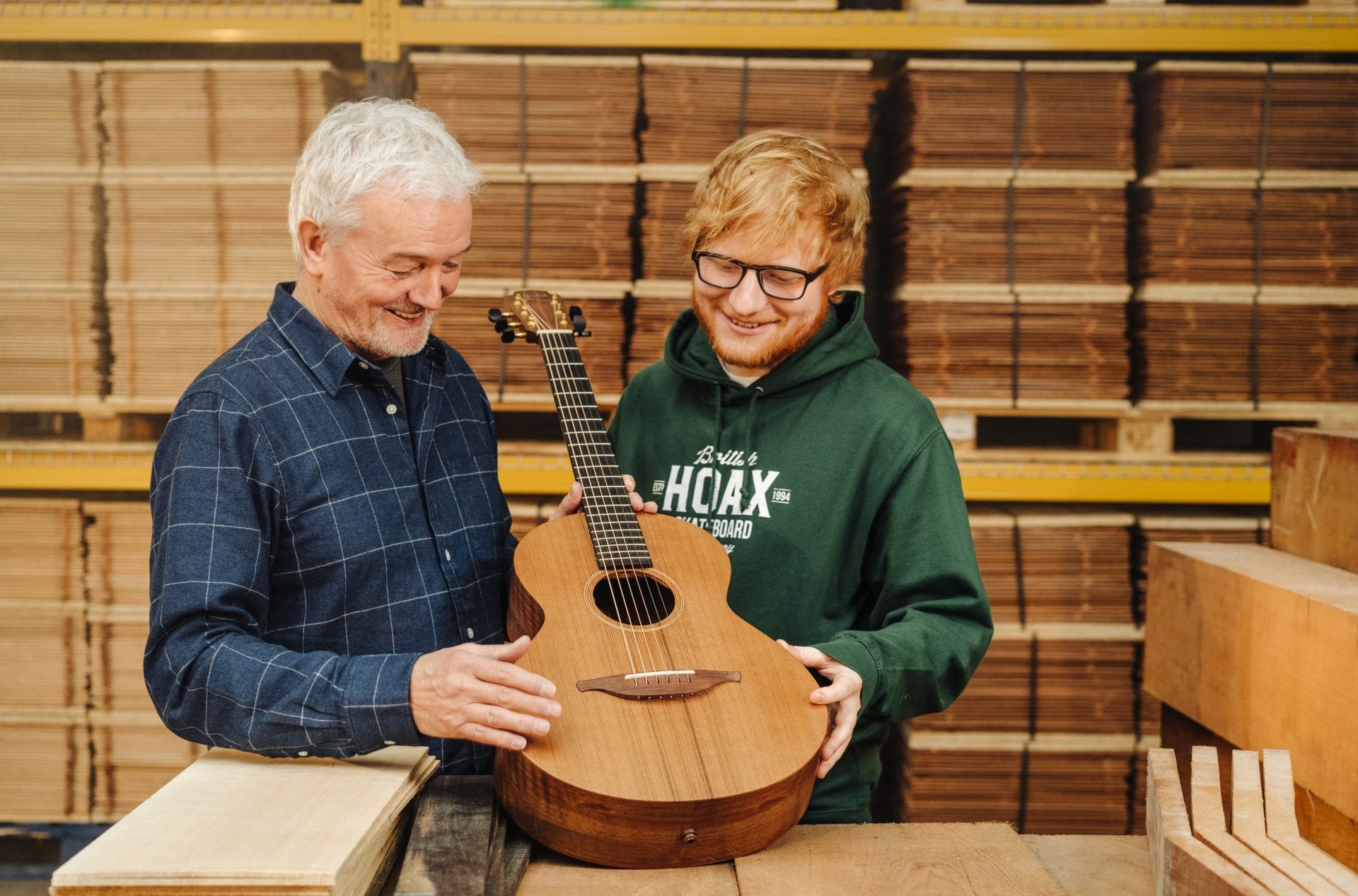 Ed Sheeran has surprised guests at a private event held Wednesday evening in Anaheim, California to announce the launch of his new range of guitars, Sheeran by Lowden. This new acoustic guitar range marks the culmination of collaboration with premier guitar maker Lowden, based in Northern Ireland, and aims to make quality guitars in Ireland with great playability and tone more accessible for aspiring musicians. 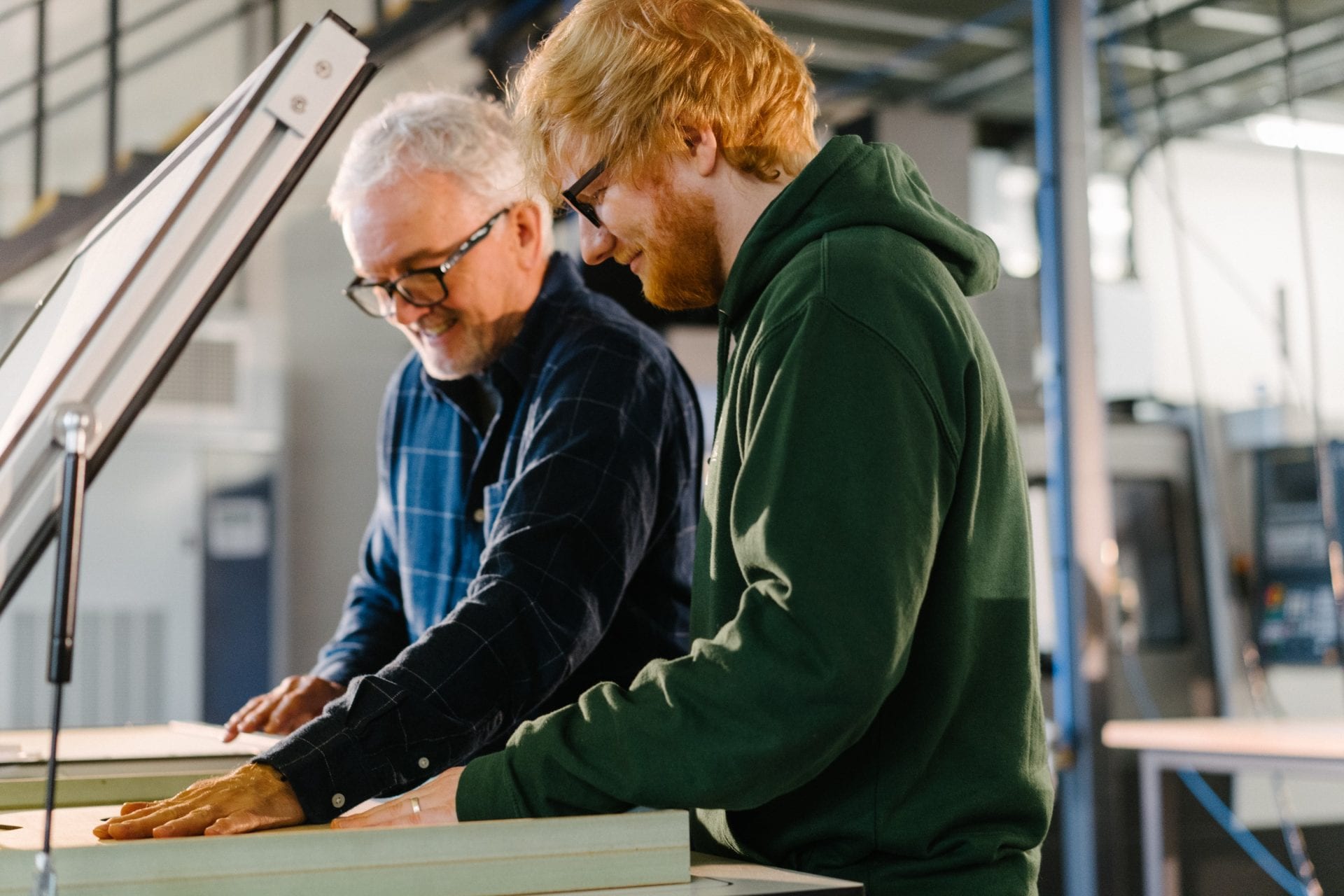 In advance of the annual National Association of Music Merchants (NAMM) Conference, which kicks off on Thursday 24th January 2019, Ed surprised music merchants and friends of Lowden with a performance at a private event where the new Sheeran by Lowden brand was unveiled.

Developed to encourage aspiring musicians and help those with an interest in guitars gain access to high-quality instruments, Ed Sheeran and world-renowned luthier George Lowden have enjoyed lengthy discussion about creating a brand of guitars which would pair the world-class craftsmanship that goes into each Lowden guitar with the Sheeran name. Speaking on his own experience, Sheeran who has previously acknowledged the decline in young people pursuing music said: “There are fewer guitar bands and fewer artists using guitars now, and not as many kids picking up guitars. That is something I would like to change by getting these great quality guitars, made in Ireland, into kids’ hands and encouraging them to learn and progress. To be able to work in tandem with a guitar company like Lowden to create a whole different concept has been a really cool experience.” 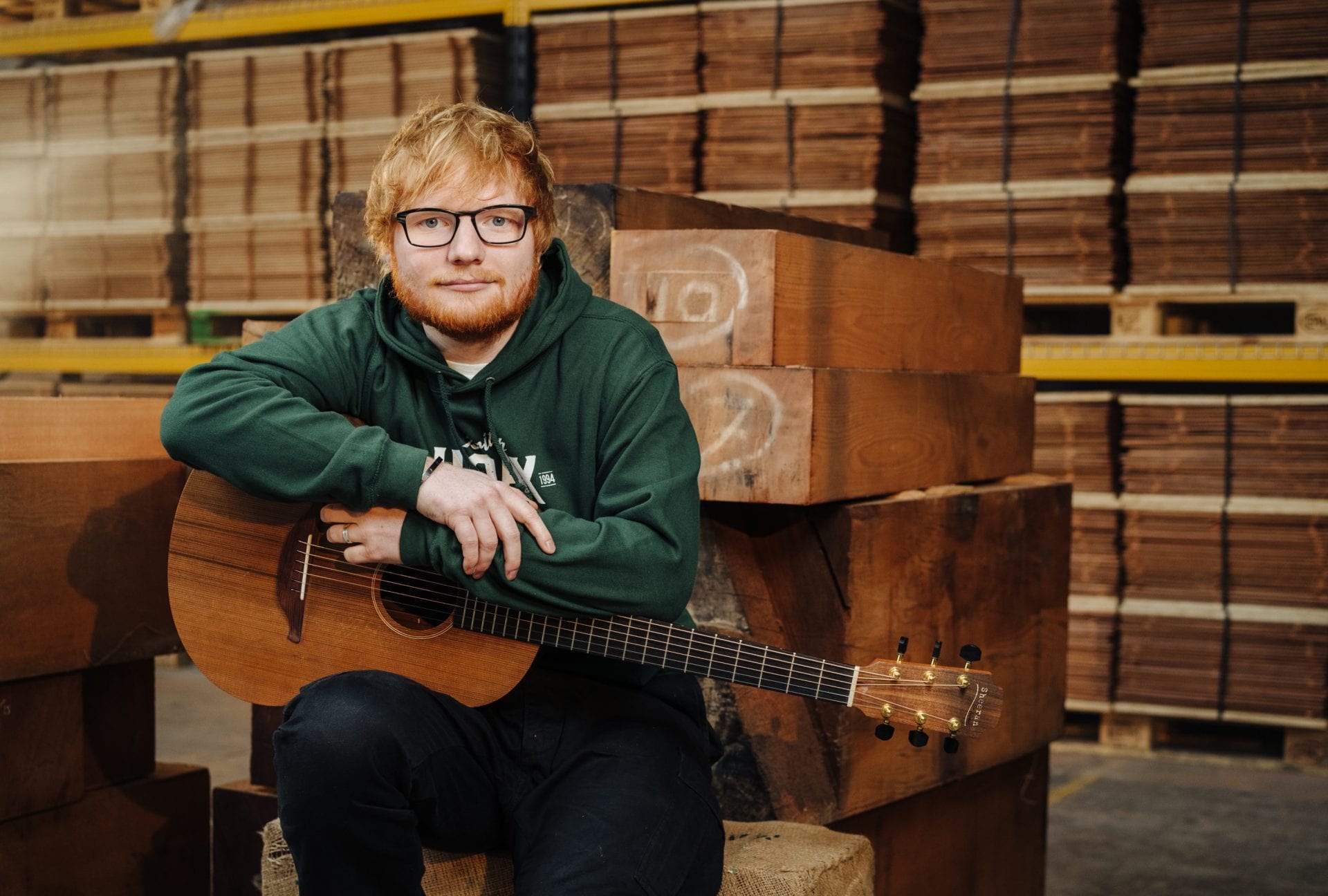 The partnership between Lowden Guitars and Ed Sheeran is a natural progression from the existing friendship and vision shared by both parties.  One of Lowden’s most popular guitars, the Wee Lowden, was designed in 2013 by George Lowden at the request of Snow Patrol frontman Gary Lightbody as a gift for Sheeran. Following receipt of his Wee Lowden, Sheeran has built a personal collection of Lowden guitars which appear on stage with him often, including Lowden’s electric guitar, the GL-10.

Reflecting on their close friendship and partnership, George Lowden said, “We have been honoured over the past years that Ed has chosen to play Lowden guitars both on-stage and in the studio. We are delighted to have established a close ongoing relationship which has borne fruit recently through the birth of Sheeran by Lowden.”

At launch, the Sheeran by Lowden acoustic guitar range features eight individual models across two small body sizes familiar from the Lowden range, known as the S and the Wee Lowden, both played by Ed himself. The guitars have been designed by George Lowden for the player, with a careful choice of sustainably-sourced wood species including naturally fallen trees and reclaimed Spruce, for uncompromising tone and playability. 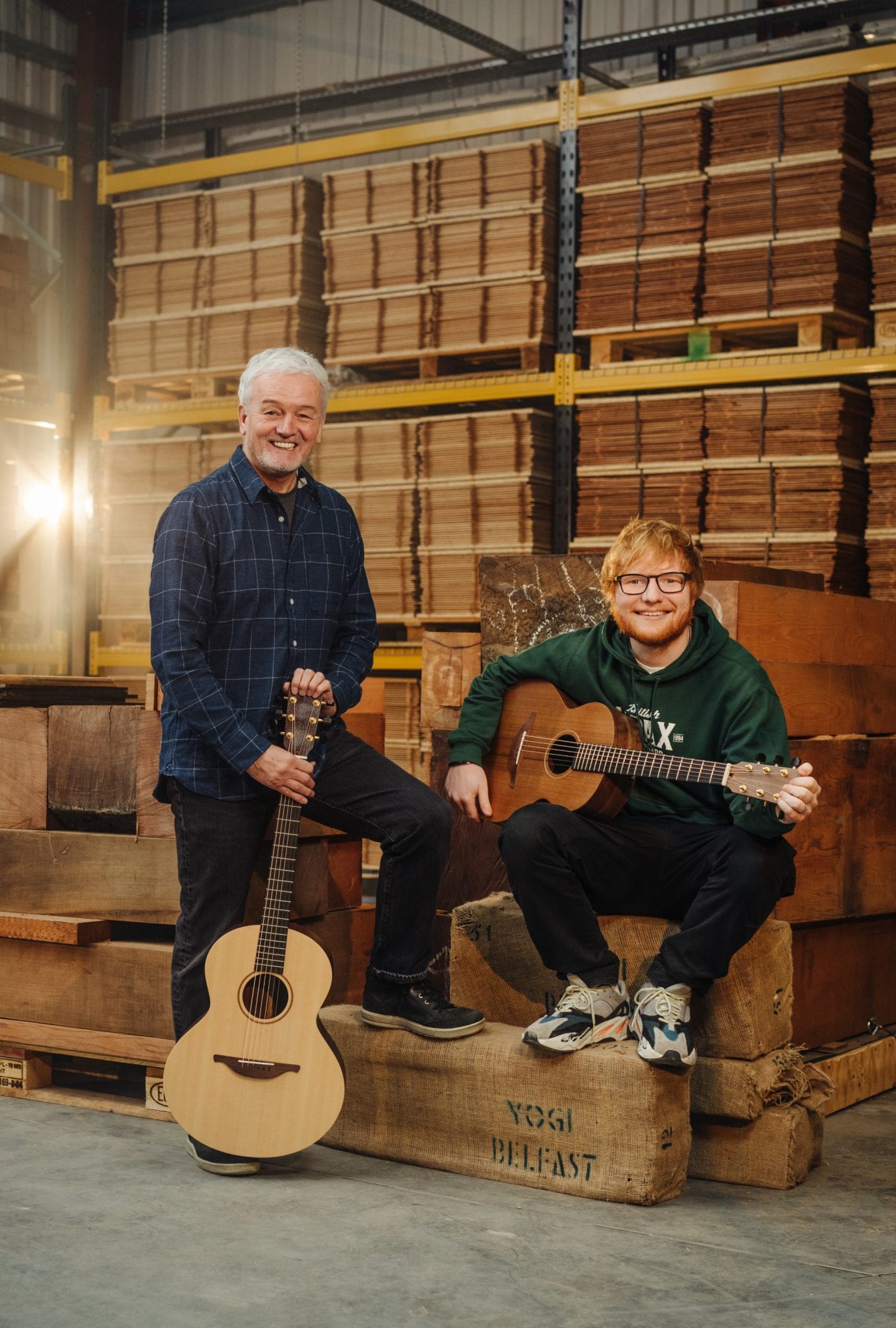 To ensure that the Sheeran by Lowden brand continues to deliver Lowden’s high-quality craftsmanship with an approachable and accessible ethos, George Lowden developed new production methodologies featuring aerospace engineering to create custom tooling required for these innovative methods. To accommodate the company’s continued growth, Lowden Guitars has also opened a new bespoke production facility based in County Down, Northern Ireland.

“Working with our aerospace engineers has enabled us to dream up new ways of making a guitar very efficiently, using high-tech processes that are normally used in making aeroplanes,” explained George Lowden. “We also incorporate our traditional methods including voicing all the struts by hand using Japanese hand chisels as we want the guitars to really speak to the player.”

“The past year has been an exciting time for Lowden Guitars. In addition to our recent announcement of our bespoke Lowden strings and the addition of four new guitar models to our core range of Lowden guitars, being able to partner with Ed Sheeran to develop and launch the Sheeran by Lowden brand has been a monumental moment within our 45-year history,” said David Ausdahl, Managing Director, Lowden Guitars.

“For decades, our approach has been centred on creating high-quality instruments which act as an extension of the player, with an unmistakable voice and style that is uniquely ‘Lowden.’ It is important that we continue to grow to meet the needs of our increasingly diverse players, and this collaboration– along with the additional recent brand additions – is ensuring that Lowden is the trusted name for guitarists of varying styles, backgrounds, genres, ages and experience for decades to come,” added David.

Sheeran guitars by Lowden, will be available to order through select music merchants. To find a dealer near you visit www.sheeranguitars.com.

Lowden Guitars will exhibit their latest models including the newly-launched range of Sheeran by Lowden guitars on stands 1813 and 1913, Hall E, at this year’s NAMM show at the Anaheim Convention Centre, from 24th – 27th January 2019.