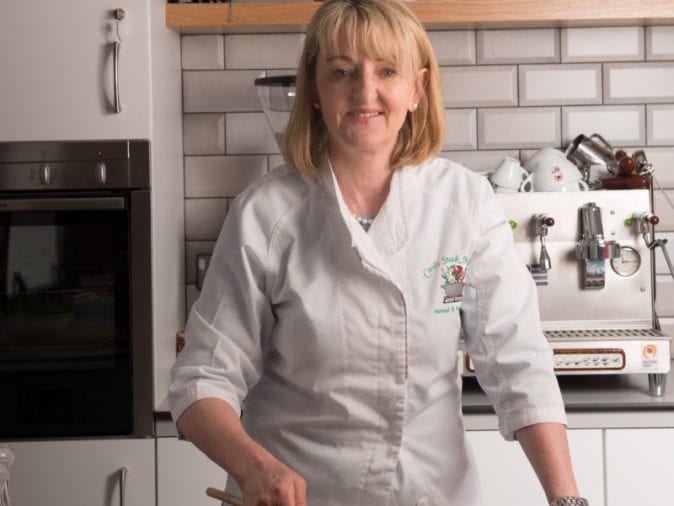 Carol’s Stock Market in Derry, a producer of natural stocks and beef bone broth, has won its first major business in the Republic of Ireland, says Sam Butler.

The small manufacturing operation, established by Carol Banahan in 2016 and based at Derry’s Skeoge Industrial Park, is now supplying its range of award winning handmade stocks and bone broth to Independent Irish Health Foods headquartered in Cork.

The company distributes a wide portfolio of food and drink to around 100 independent stores, including Avoca outlets, on the island of Ireland.

Carol Banahan, originally from Dublin, returned to Ireland in 2014 after a successful career in investment banking in Canada. A cooking enthusiast, Carol set up her food production business with help of the Foodovation centre at the North West Regional College in Derry.

Commenting on the business with Independent Irish Health Foods, Carol says: “I was thrilled when this important distributor in the Republic decided to list my stocks and beef broth. It gives me access to a huge market there and the extensive support available from such a focused and successful business supplying an extensive network of stores across Ireland.”

Independent Ireland Health Foods is based at the heart of the West Cork Gaeltacht where it operates from a 24,000 square foot warehouse, where it stocks over 12,000 lines in various departments—prepacks, chilled, frozen, ambient (food and drinks), supplements, body care, household, gifts, lifestyle accessories and baby.

It distributes products sourced from all over the world and categorised according to organic, gluten free, vegan and artisan sections to over 100 stores. It has a strong commitment to Irish-produced products.

Customers include the majority of independent health stores in Ireland, as well as a large range of artisan, lifestyle and independent food stores, catering businesses, manufacturers and many more.