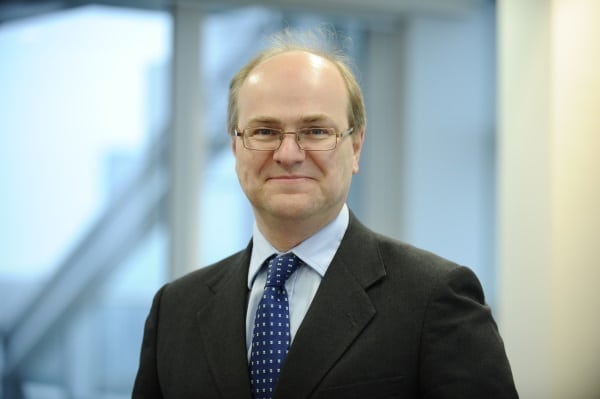 The criss-cross nature of supply chains straddling the border will leave Irish and Northern Irish businesses particularly exposed to a ‘no-deal Brexit’ – that was the stark message Pinsent Masons Guy Lougher delivered to business leaders in Belfast.

Businesses with integrated EU and UK supply chains or ‘just-in-time’ delivery models will be particularly affected by a no-deal Brexit according to Guy Lougher because World Trade Organisation (WTO) tariffs would apply in a no deal scenario, and because of potential delays to the transportation of goods at the border due to regulatory and customs checks.

Guy Lougher explained that the supply chain issues could arise in particular on the island of Ireland, where businesses often rely on suppliers on either side of the border between Ireland and Northern Ireland.

“If a supply chain collapses it can cause disastrous losses,” Lougher said. “Businesses with critical supply chains have developed them to be highly efficient and resilient within the EU, but they may soon be subject to stresses that they were not designed to withstand.”

Agri-foods businesses in Northern Ireland risk being particularly affected by Brexit because their integrated supply chains mean that raw ingredients or components can criss-cross the border several times before becoming a final product, he said.

“Customer propositions may need to change to take account of new supply chain requirements. For example, a next day delivery service that works at the moment could very possibly become unsustainable with customs clearances and rules of origin applied. In today’s world of global supply chains, even sourcing from a tier one supplier in the UK may not be sufficient to protect against currency movements, a new tariff regime and untried customs systems,” he said.

Brexit and the border

Former Europe and trade minister Douglas Alexander, who is an adviser to Pinsent Masons, said that a Brexit deal hinges on resolution of issues with the border in Ireland.

“Northern Ireland has proved to be a central element of the Brexit negotiations with both the UK and the EU united in wanting to prevent the potential problems of a ‘hard border’. But they so far remain divided on how this could best be avoided,” Alexander said.

“Despite the UK and the EU having both signed up to a ‘backstop’ in December last year, which would apply to the Irish border, and act as a safety net should it not be possible to secure a deal that would allow for trade to be as frictionless as possible, the amendments on the Customs Bill, which passed through parliament in July makes this more challenging: One of the amendments, ‘New Clause 37’, that was passed by the House of Commons contradicts the EU’s legal draft of the Irish backstop; which suggested Northern Ireland should be treated as part of the EU’s customs territory,” he said.

According to Alexander, a ‘no deal’ scenario would raise the prospect of tariffs on certain products, such as food and drink, which would “impact on both consumers and businesses”. He called on businesses to “give consideration to contingency planning and take ‘no-regret’ business planning decisions while the outcome of the negotiations remains unclear”.