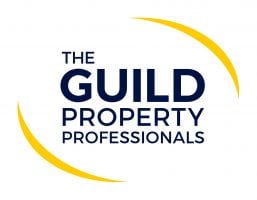 On 20th September The Guild of Property Professionals will host an invitation-only launch event at the iconic Titanic Belfast to substantiate its expansion into Northern Ireland.

With a growing network of almost 800 independent estate agents, The Guild has enjoyed a strong presence in both England and Wales for 25 years and now believes that its unique offering will perfectly compliment the best independent agents in Northern Ireland.

In June this year, The Guild signed independent auction company Wilsons Auctions as the first Member of its expansion into Northern Ireland. Their connections and extensive reach throughout Ireland will greatly enhance The Guild’s referral network and create many business opportunities for Members.

Iain McKenzie, CEO of The Guild is thrilled about the expansion into Northern Ireland and will be hosting the event. “Membership to The Guild focuses on three principles. Saving them money, making them money and helping them to remain compliant. This is achieved by giving its Members access to a range of marketing solutions, additional revenue generators, such as the nationwide referral programme and Paul Offley, The Guild’s Compliance Officer.”

“We are excited to work with agents in Northern Ireland and will be asking them to help us shape our network, both locally and nationally. Our Marketing Committee and National Advisory Council will have Northern Ireland representation. It is an exciting time for The Guild and we are delighted to be embarking on a new journey into previously unchartered territory,” McKenzie concludes.