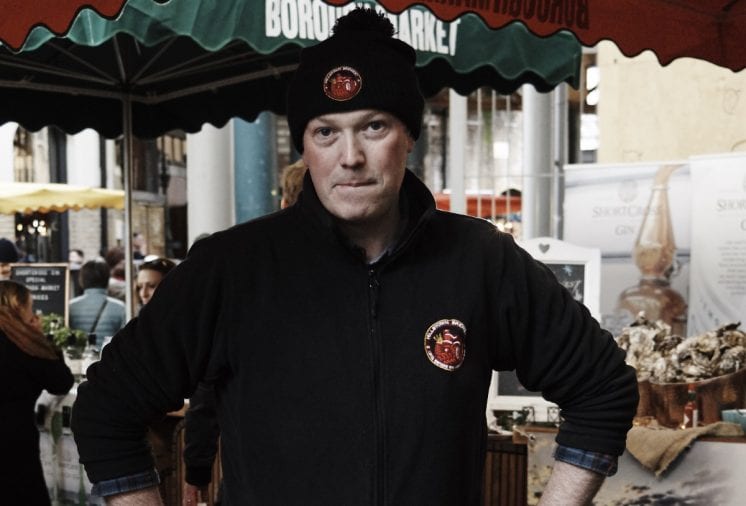 Hillstown Brewery has won its first business in Britain with help from Mid and East Antrim Council and Food NI, reports Sam Butler.

The brewery is now shipping its full range of craft beers and ales to Cotswold Fayre in Reading, a leading speciality food and drink wholesaler, supplying independent retailers, farm shops and delis across the United Kingdom and Ireland.

The contract, the brewery’s first significant business in Britain, follows participation by the farm-based micro-brewery with the council and Food NI at the big Speciality and Fine Food Show at Olympia in London last December.

Nigel Logan, founder and managing director of the business (pictured), part of an extensive livestock farm just outside Randalstown, commenting on the agreement with Cotswold Fayre, says: “Taking part with the council and Food NI at Speciality Food enabled us to meet and showcase our range of beers to the wholesaler. We had tried contacting them directly by email before without success in the past in a bid to persuade them to sample our beers. Participation at Speciality Food opened the door for us.

“Speciality Food is the UK’s biggest show for artisan and smaller food companies, and we decided to avail of support from the council in conjunction with Food NI to attend the show in the hope that we would meet key buyers from wholesalers such as Cotswold Fayre. I greatly appreciate the encouragement and practical support we are receiving from the council to grow our brewing business.

“We had been looking for an opportunity to break into the British market. So, taking part at Speciality Food was an extremely worthwhile experience. It proved to be the way to meet buyers face-to-face and to invite them to sample our beers,” he adds.

Mr Logan will be supporting Cotswold Fayre at marketing events to launch Hillstown Brewery’s range of beers to customers in Britain.

Congratulating Hillstown Brewery on its success, Mayor of Mid and East Antrim Councillor Lindsay Millar says: “This is very good news for one of the council area’s most ambitious smaller enterprises, which is growing impressively from its base on a successful local farm. It has become an important role model of the sort of innovative farm diversification that the council is keen to encourage and support through our focus on business and especially in sales outside Northern Ireland.

“This focus on expanding opportunities for smaller companies, in particular, is designed to promote employment opportunities throughout the borough, a key priority of Amplify – the Integrated Economic Development Strategy for Mid and East Antrim 2018-2030, which also aims to focus on growth, as part of the wider aim to grow the local economy,” she adds.

Food NI’s chief executive Michele Shirlow adds: “We are thrilled by Hillstown Brewery’s latest success following the company’s participation in the council’s initiative in conjunction with us at Speciality Food. Creating opportunities for our companies to meet buyers in Britain is an important aspect in the range of services we provide for the local food and drink industry.

“We are delighted to be working alongside Mid and East Antrim Council as it seeks to enhance the local economy through participation at important marketing events in Britain, our single most important market for our fabulous food and drink.

“We are pleased to have been appointed by the council to work on a programme of activities to strengthen the overall competitiveness of food processors and hospitality operators both here and in markets such as Great Britain and the Republic of Ireland.”