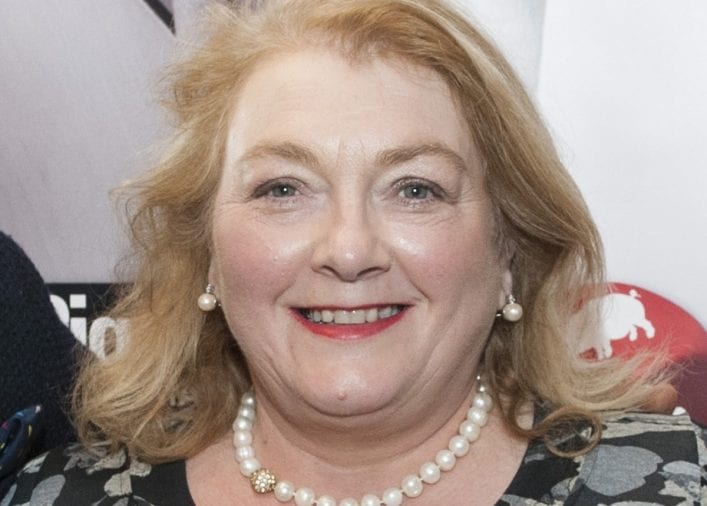 Cloughbane Farm Foods in Northern Ireland has launched an innovative range of vegetarian/vegan foods in response to the growing market trend towards free from options, writes Sam Butler.

The company, based on a family farm near Pomeroy in rural county Tyrone, has introduced a four-strong range of vegetarian/vegan meals developed by its experienced in-house product development team. Cloughbane Farm is a Food NI member company.

Lorna Robinson, who launched the food processing business in 2002 with husband Samuel as a farm diversification project, says the new vegetarian/vegan range is based on extensive market research and consumer testing.  The company is a multi-award winning producer of a range of convenience meals now on sale through major retailers in Northern Ireland, Great Britain and the Republic of Ireland. Awards won include UK Great Taste and Spar Fresh Innovation.

Mrs Robinson continues: “Our research identified a gap in the market for a meat free option which is both healthy and locally produced. While our research showed that 20 percent of new product launches in the ready meals market were suitable for vegetarians, only two percent were geared for vegans.

“Consumers are also becoming more time poor as they try to balance their working life with their personal life, all whilst trying to maintain a healthy lifestyle. This fuels demand for healthy, nutritious foods with an emphasis on convenience. So, this is where we have stepped in.

“We are passionate about good, local, natural food and we like to support our farming ethos wherever possible. This is why the potatoes we use within our products are bought from Wilson’s Country, which grows their potatoes on their own farm in Co. Down and vegetables from Quinfresh, Co. Tyrone.

“By supporting local farmers and businesses we believe we are helping to make a positive impact on the economy and helping to maintain a positive future for all parties,” adds Lorna.

The company has invested around £200,000 and has added two members of staff in the development of the innovative range. Listings have been secured with the Henderson Group – Spar and Eurospar. Tesco is also likely to introduce the range soon.

Cloughbane, based on a  180-acre family farm owned and run by Sam and Lorna Robinson and their two sons, is now among the most successful and progressive farm diversification businesses in Northern Ireland. It draws its meat, mostly from Aberdeen Angus and Limousin cattle, raised on rich pastures in county Tyrone.  Other ingredients are sourced largely from other local suppliers including neighbouring farms.

Vegetable Pasta Bake one of the new vegan meals