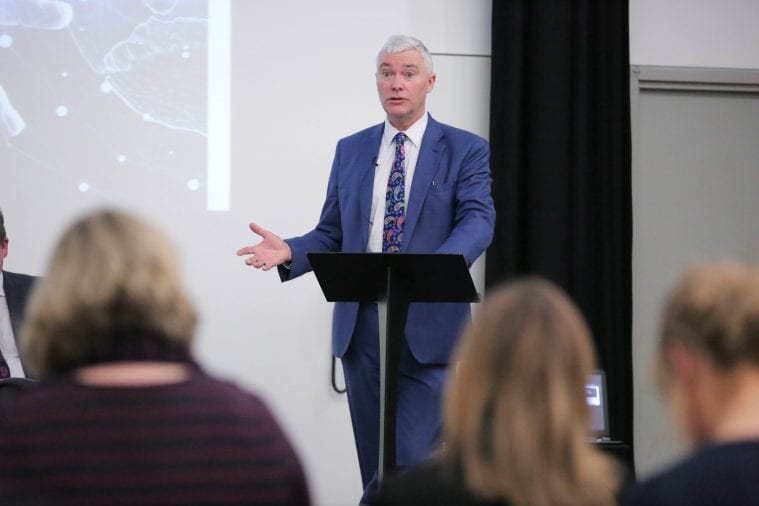 The third meeting of the political forum occurs in the week after Northern Ireland marked two years since the fall of the Northern Ireland Assembly and Executive, which has left the 11 councils as the only democratically elected and fully functioning part of government in Northern Ireland.

The Political Forum brings together not only politicians, but seeks solutions to matters of common and dynamic concern. The last meeting resulted in strong, cross-party lobbying, following representations by NILGA and Council officers, to confirm £650,000 of emergency planning funding over two years. Prior to this, funding for and co-ordination of such vital matters, including joint working on flood control and follow-up, was uncertain.

Similarly, the Education Authority, despite substantial budget issues, offered support for a policy to enable improved sharing of facilities and better engagement between local government and schools.

In the Assembly’s absence, the Forum provides opportunity for co-operation, maintaining a key link between central and local government members in Northern Ireland, with councils facing unprecedented pressures on their budgets and resources, from the whole community.

The meeting of the political forum today will include important issues such as council finances, Community Planning, how to move a Programme for Government forward and foster strong working relationships across government, at all levels, in the face of the continued political impasse.

Derek McCallan, Chief Executive of NILGA said: “NILGA wants to see a dynamic, modern, Legislative Assembly and Executive up and running but until that happens, we need to focus on giving councils the resources to get things done.

“That’s why we established the Central – Local Government Political Forum, to provide devolved political scrutiny of matters of real concern and to engage in joined-up thinking and working, during the continuing deadlock.

“We’re now entering the third year of no Stormont. This, together with managing the twists and turns of Brexit, reinforces the need for dynamic action. The 11 councils – and all parties and independent members within them – are working hard and planning ahead for the whole community.

“Councils are supportive of delivering more, but only when they are equipped with the long-term capacity and finances to do so.”