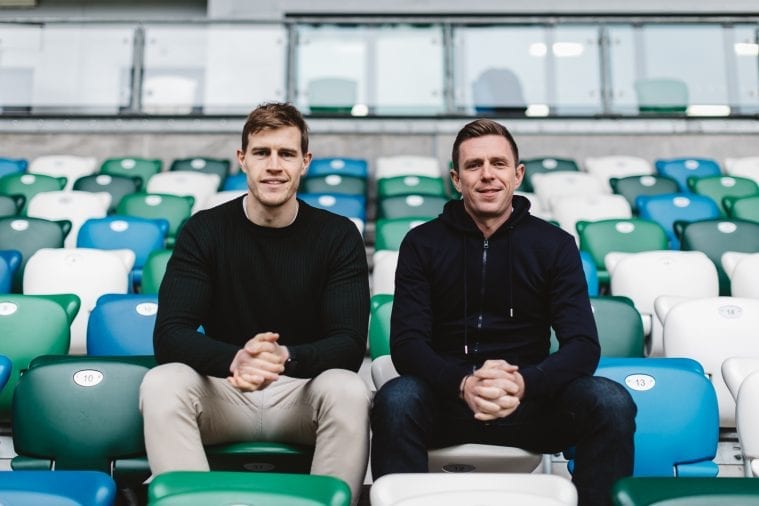 Belfast sportstech firm Kairos is to create at least 15 new jobs in 2019, it was revealed today.

“The concept for Kairos stems from a lot of personal frustrations and inefficiencies experienced in the world of professional team sport,” explained co-founder Andrew Trimble. The most capped Ulster Rugby player ever, Trimble stepped away from a 13-year career in professional rugby with Ulster and Ireland earlier this year to devote his time to Kairos.

“Contending with a cluttered landscape of ever-changing player and team schedules, meeting times, gym requirements, equipment, medical and PR appointments can create chaos in the mind of the professional athlete,” he continued.

“Kairos offers a solution to this problem. Our platform streamlines the abundance of communication received by players, replacing it with simplicity, clarity and calm. This enables the athlete to focus single-mindedly on what’s most important – performance.”

With Kairos already being used by Ulster Rugby, the team have worked closely with a number of professional sports clubs and organisations to help build the platform, including Northern Ireland Football, Manchester City Football, Ospreys Rugby and US club Boston College Ice hockey.

The firm are currently closing an investment round, which co-founder Gareth Quinn said will underpin a talent investment programme throughout 2019.

“We were hugely encouraged by the positive feedback received from both local and global investors throughout our seed round, and by their willingness to support Kairos and be part of its success,”  he said.

“Their investment will enable us to establish a base in Belfast and to create at least 15 jobs over the next 12 months, predominantly to build out a world class tech team.

“With Belfast globally renowned for its strong talent, particularly in the tech space, we have every confidence that we can build out a world class team that is capable of delivering an exceptional solution and building on the significant success we have had so far.”

Trimble, who last year was awarded an MSc Finance from Queen’s University, believes that he and Quinn form a strong partnership. “In my opinion, no one knows the world of tech and digital in Northern Ireland better than Gareth, who also has a background in sports technology. In building Digital DNA from scratch, he has developed an unparalleled network of key individuals and companies in the tech sector – forging connections that, arguably, no one else in Northern Ireland has.

“When coupled with my experience as a professional sportsman and our shared vision and ambition, I believe we have an exceptionally strong partnership. I think we have every reason to be very optimistic about the future for Kairos in 2019 and beyond.”