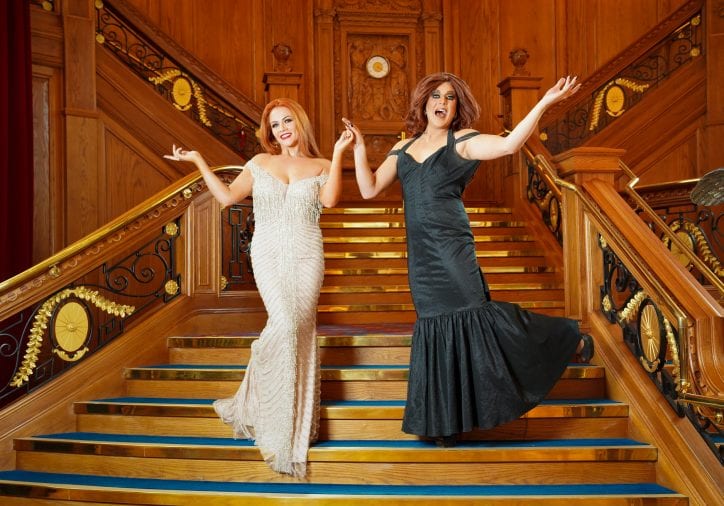 Apprentice star Grainne McCoy is gearing up for the launch of Northern Ireland’s first Makeup & Beauty Awards on Sunday 7 April. Nominations from the public have been received with the aim to recognise and applaud a new class of quality talent in Northern Ireland, celebrating the success and exemplary work within this thriving creative industry.

The Makeup & Beauty Awards wants to shed light on those creatives who work tirelessly behind the scenes, honouring the work of those in the forgotten sectors, including makeup artistry, beauticians, online influencers, nail technicians and much more.

Hosted by Grainne, along with legendary Belfast Drag Queen Lady Portia, the awards will be taking place in the iconic Titanic Building, Belfast. The decadent black-tie awards will include a red-carpet champagne reception, formal dinner, awards ceremony and afterparty with an appearance from the popular Sugartown Road Band.

Grainne explained her motivation for the awards ceremony saying: “We’ve had huge growth across Ireland in recent years, and there just isn’t enough opportunity for them to be recognised and acknowledged. There’s an abundance of talented creatives not being recognised in the NI Makeup and Beauty Community and I wanted to shine a light on those people.

“The Makeup and Beauty industry is at its peak now. Professional work is often celebrated, but without recognition in the form awards. This is something that I am passionate about transforming – we need to ensure these artists and creatives are celebrated, just like those in other industries would be.”

Tickets the Makeup & Beauty Awards 2019 are now available at www.makeupandbeautyawards.com/