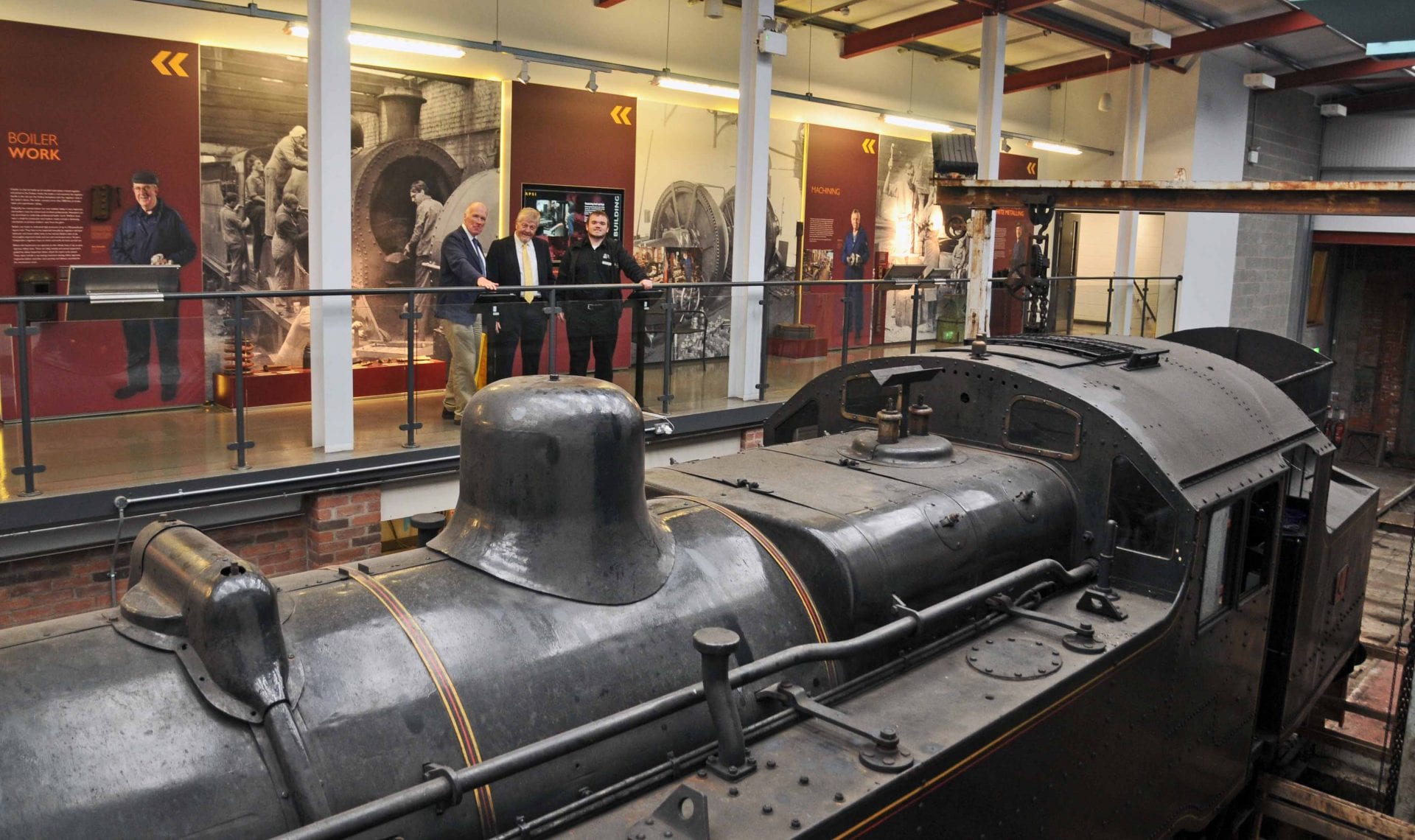 Whitehead Railway Museum, one of Northern Ireland’s most fascinating tourism attractions, is celebrating a first-class season with an increase in visitor numbers of 50% year on year.

The award-winning Whitehead Railway Museum announced that it welcomed over 15,000 visitors through its doors in 2018 – up 50% on its first year in 2017.  This means that in its first two years the museum has attracted 25,000 visitors and it is firmly on track for further growth.

Operated by the Railway Preservation Society of Ireland (RPSI), the five gallery experience weaves through the rich rail history of generations, from seaside trips to tales of smuggling butter across borders. Visitors can enjoy an array of steam and diesel locomotives plus heritage carriages, see work in progress in the restoration workshops, enjoy afternoon tea in the Edwardian Tea Room, and hear all about the social impact of the railways and Whitehead.

Councillor Robert Logan, who sits on Mid and East Antrim Council’s Economic Growth & Tourism Committee, said during an official visit to the museum that he was delighted to see the attraction going from strength to strength.

He said: “The opening of Whitehead Railway Museum has added significantly to the tourist offering in Whitehead and council is so pleased to see this fantastic increase in business.

“With its pivotal position on the Causeway Coastal Route, its regular train service from Belfast, and unique Victorian architecture, Whitehead is poised for tourism growth. Feedback from visitors to the museum has been overwhelmingly positive, it’s also attracting a high proportion of out-of-state tourists which is really putting Mid and East Antrim on the map as a must-see destination.

“Whitehead has always been a railway town, so it’s the perfect location for such a magnificent museum. There is so much to do here as it appeals to all tastes. It’s perfect for all ages as well so definitely worth a visit this summer.”

During his visit to Whitehead Railway Museum on February 28, Councillor Logan pulled a signal lever to officially commission a newly installed 100-year-old track signal, which came from Castlerock having been donated to the RPSI last year by Translink NI Railways.

Dr Smyth said: “We were delighted Cllr Logan could come today to launch our new signal, which is an eye-catching feature of our platform. We are pleased that visitor numbers are on the increase but we know that these figures could not have been achieved without a great deal of hard work by our willing volunteers. Our volunteers are the lifeblood of the Museum and the Society and we are always keen to welcome new recruits to our ranks.”

She added: “We now look forward to another busy year in 2019. Our Museum is proving to have widespread appeal, way beyond the railway enthusiast fraternity.”

Whitehead Railway Museum is open 10am to 4pm Thursday to Saturday, while the Edwardian Tea Room, which is admission-free, serves tea/coffee and freshly prepared lunches.  Experienced RPSI members are on hand for conducted tours at 11am, 1pm and 2.30pm, with tours lasting just over an hour.

The £4m visitor attraction which opened in 2017 is funded by the Heritage Lottery Fund and European Regional Development Fund, administered by Tourism NI, with additional support from Mid and East Antrim Borough Council and Ulster Garden Villages.