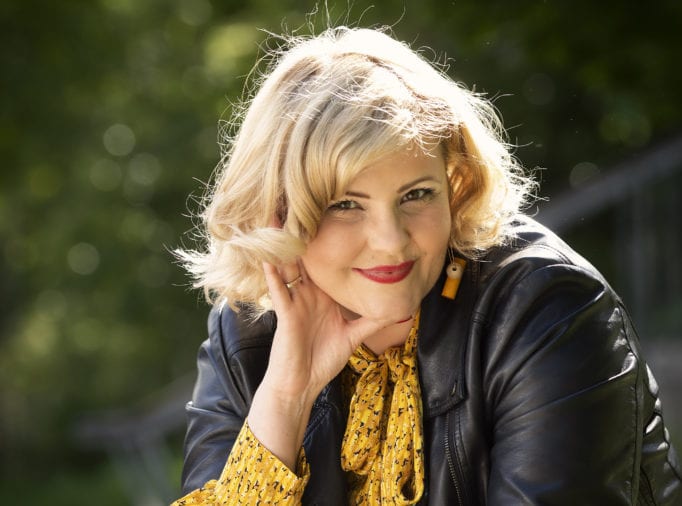 Pack your bags, bring your passport and join Tara Lynne O’Neill in a new production of Willy Russell’s comedy Shirley Valentine presented by Lyric Theatre.  The production, directed by Patrick J O’Reilly, opens at the Lyric Theatre on 31stAugust – 5thOctober with a short tour  to the Millennium Forum, City of Derry  on 5th– 7thSeptember before returning to the Lyric.

Shirley is a housewife. Her kids have left home and she finds herself talking to the wall while she makes chips and eggs for her husband. What has happened to her life? Out of the blue, her best friend offers her a trip to Greece for 2 weeks and she secretly packs her bags. The note on the kitchen table reads “Gone to Greece back in two weeks.” She heads for the sun and on a voyage of discovery starts to see the world and herself in a very different light.

Willy Russell’s heart-warming comedy took the world by storm when it premiered in 1986. It was adapted into an Oscar-nominated film starring Pauline Collins and Tom Conti. Now, fresh from her appearance in the award-winning Derry Girls, Tara-Lynne O’Neill stars in a revival of this vibrant comedy.

Tara Lynne O’Neill found fame early in her career, first as a television presenter and later playing Joanne Ryan in BBC1’s EastEnders. Her most recent role as Ma Mary on the award-winning Channel 4 series Derry Girls has made her a household name. Other credits have included Full Circle (for which she won the Best Actress Award at the Cherbourg Film Festival), The Fall, Line of Duty, Educating Rita and Marie Jones’ Fly Me to the Moon. As a writer, Tara Lynne has recently had her play Rough Girls commissioned by the Lyric Theatre, Belfast.

Noirin McKinney Director of Arts Development from The Arts Council of Northern Ireland, Principal Funder of the Lyric Theatre, said:
“The combination of the wonderful Tara Lynne O’Neill with a terrific production team along and the heart-warming, endearing tale of Shirley Valentine, promises to be yet another unmissable evening at Belfast’s Lyric Theatre and I would encourage everyone to go along.”

Executive Producer of the Lyric, Jimmy Fay, added:  “Having worked with Willy Russell so successfully on re-locating Educating Rita to Belfast in the early ‘80s, I am delighted we are now producing his beautiful Shirley Valentine. It’s a wonderfully warm, hilarious and inquisitive play asking “Who am I?”, “Where did I go?”, and most importantly “How do I change all that I do not like?” It’s an amazingly inspirational tale starring one of our very best actors, and directed by the exciting and innovative Patrick J O’Reilly.”

Looking forward to her role as Shirley Valentine, Tara Lynne O’Neill commented: “I have always wanted to play Shirley Valentine. Shirley is every woman who wants a little more in life but is too afraid to take it. I think we can all identify with that.”