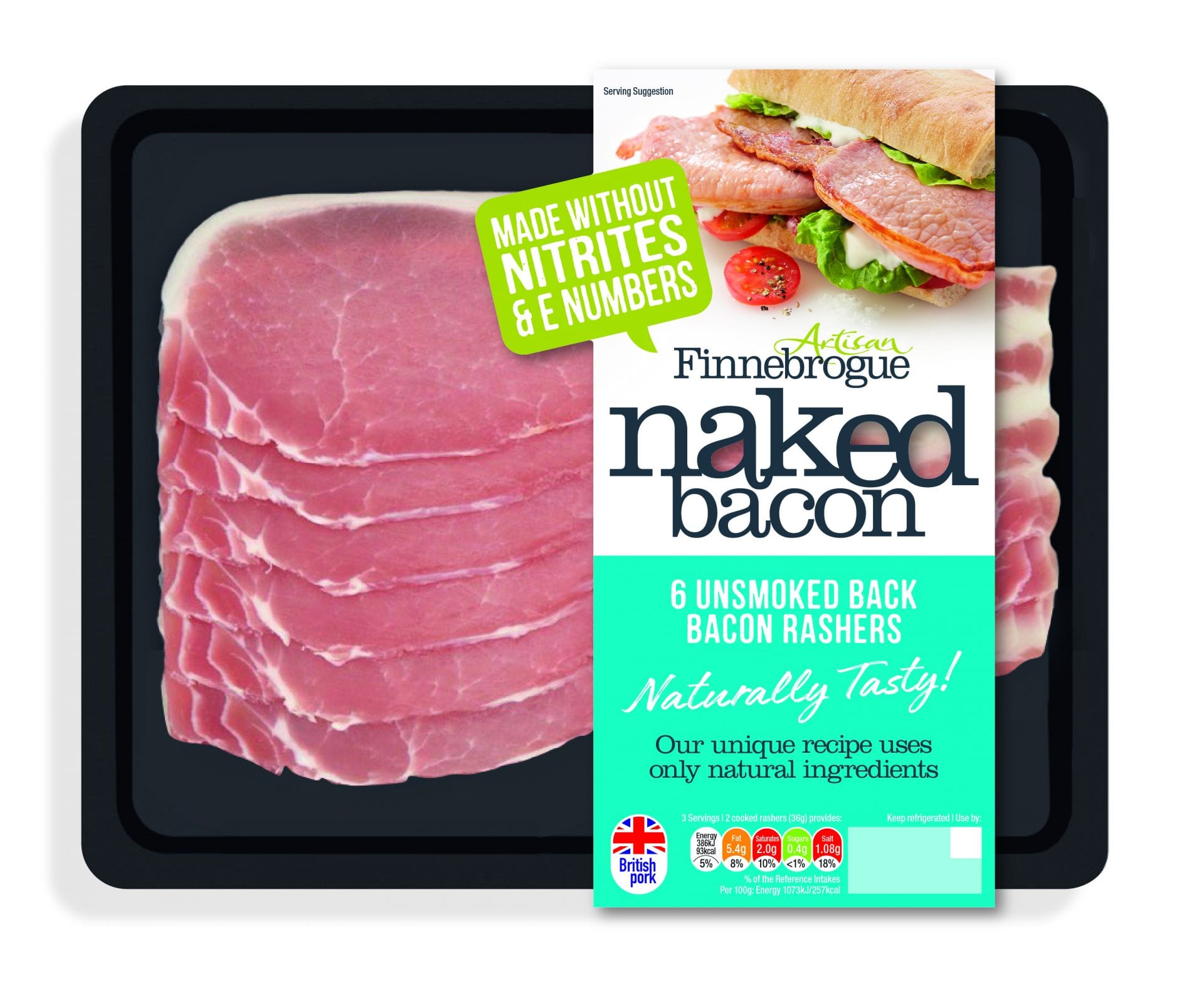 Food manufacturer Finnebrogue is to create up to 125 jobs following a £17 million investment in its nitrite-free bacon facility in Northern Ireland, writes Sam Butler.

Finnebrogue, a Food NI member company, is behind the successful Naked Bacon brand which is now popular with shoppers at major retailers in Britain. It also produces and sells The Good Little Company range of sausages and recently opened a vegetarian factory.

The latest investment, which is supported by Invest NI, has enabled the company to establish a dedicated manufacturing facility in Downpatrick for the production of its nitrite-free bacon.

Denis Lynn, chairman of Finnebrogue, says: “It has been known for decades that nitrites used in curing meat can cause cancer.

“That’s why, despite being the UK’s leading top tier sausage maker, we refused to make a single rasher of bacon until we could figure out a way to make it better and safer.

“We always set out to make food the best it can be, without being bound by the way it has always been done. And so, after much research, we discovered a process that uses fruit and spice extracts to flavour the pork, keep it pink and retain shelf life.

“We are using this technology in our Naked Bacon and we’ve had a great response from both retailers and consumers.”

Production of Naked Bacon began last year in Downpatrick and for the first time in the UK and Ireland nitrite-free bacon is now widely available in supermarkets.

Invest NI has offered the company more than £1.3 million of support towards the capital investment and to help create the new jobs. The 125 new posts will be created by 2022, with 30 already in place.

Brian Dolaghan, executive director of business and sector development at Invest NI, adds: “Agri-food is one of our priority sectors and it is great to see the new facility operational and producing this cutting-edge product.

“Our support is ensuring Finnebrogue is able to capitalise on its innovation and realise growth. The local economy will also benefit from this fantastic food innovation as the 125 new jobs will deliver over £3 million to the economy each year in salaries.”