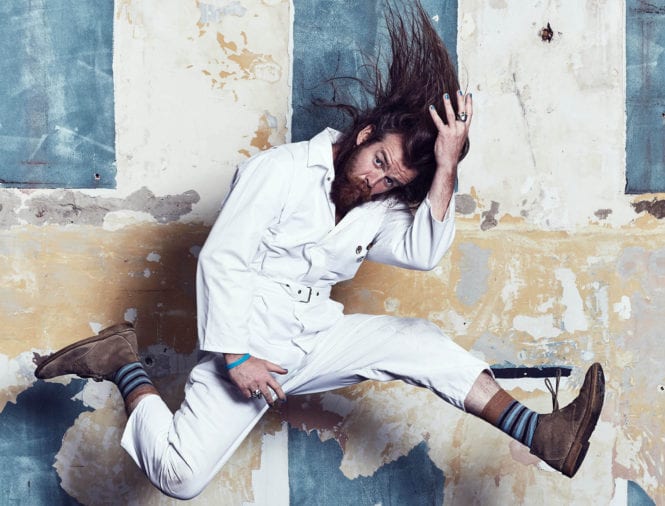 Belfast comedian Paul Currie has a stark warning for hecklers – “just get out”.

As he kicks off his eighth season at the prestigious Edinburgh Fringe Festival Paul believes that there is an attitude that people think that they can interrupt a carefully crafted show.

“At the end of the day, I just want people to have fun and enjoy themselves,” he explained. “But some people do not want to and you get the reverse of what you’re trying to get out of people.

“That’s horrible, because you don’t want people to feel anger or hatred, but you can’t stop them.”

Paul says he can handle the hecklers and haters: “The way I deal with that is just nip it in the bud and get rid of them, and send them out of the room.

“And tell them to come back when they’re either in a better mood, or sober up, or just don’t come back. Just go and, you know, have a think about how you behaved.

“I put it down to growing up in this country. You know, where it is, there is a minority that ruin it for the majority.

“As soon as you tell them to go, the whole audience changes, the whole vibe in the room changes, and people are so grateful that you’ve done that. Because they’ve been basically bullying everybody else with their sound, their noise.”

While Paul has a show that involves a lot of interaction with the audience, he aims to make sure that all enjoy his unique take on the world.
One of the two shows playing across Edinburgh Fringe is Trufficle Musk.
It sees Paul confront any audience’s conceptions – even the official Fringe website warns: “Audience participation, contains distressing themes, nudity, strong language/swearing”.

But his show is one where if the audience wants they can be truly involved in an immersive experience.

And, don’t think you can hide… “Don’t bother sitting at the back and think you’ll not be involved,” he said. “You can’t hide from me when I’m in full flow, because I’ll find you make you laugh and see what else you’ll end up doing.”
Paul’s other show Release The Baboons is, however, suitable for children from eight years-old and up, as well as adults. It features puppets – and is designed to help beat the fears many children and adults have of clowns and puppets with an anarchic mix of laughter and participation.
To book Trufficle Musk or Release The Baboons go to edfringe.com or check out Paul Currie on Facebook and Instagram.  #PaulCurrieLive