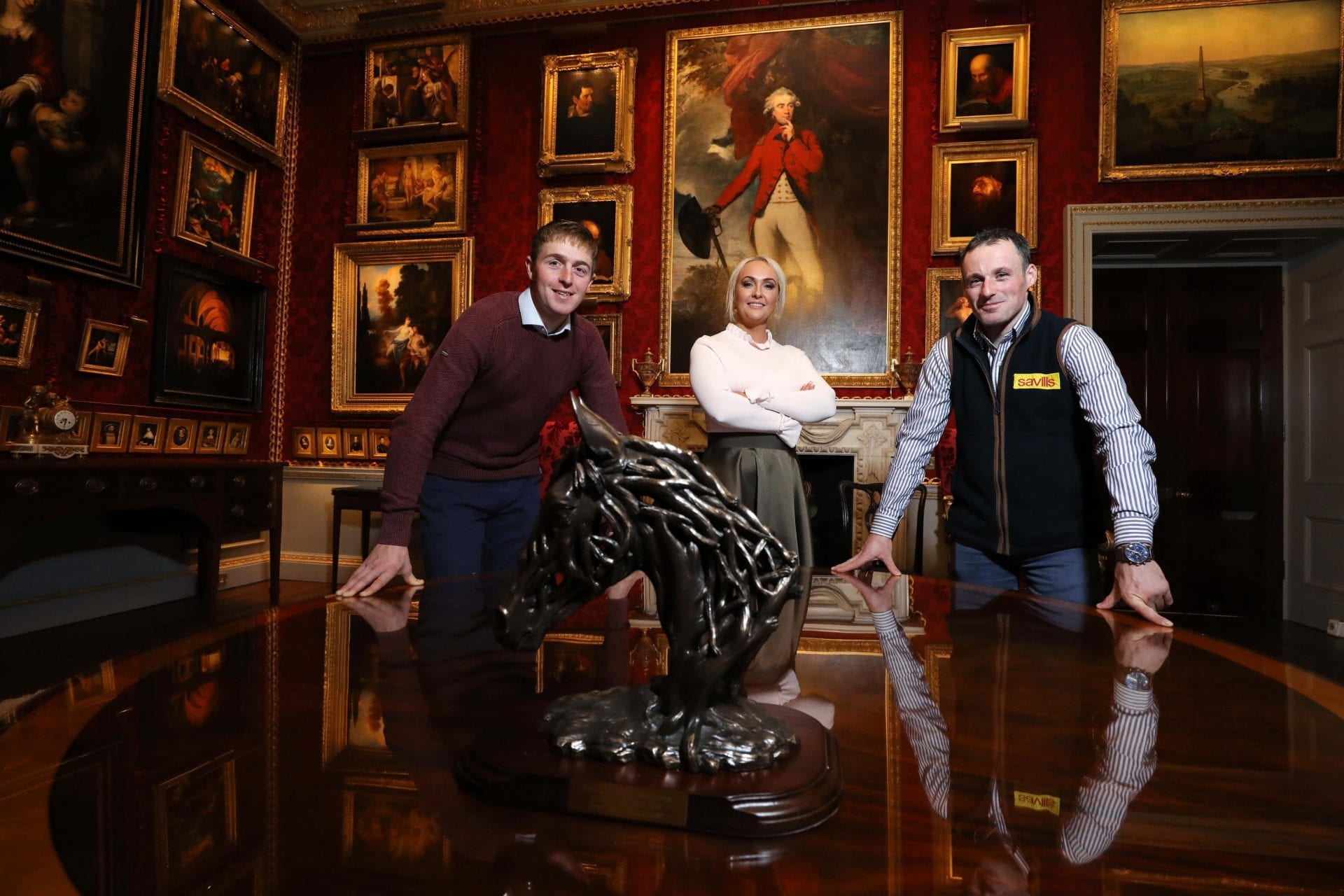 Down Royal Racecourse has confirmed it is increasing its investment in the upcoming November Festival to bring the richest National Hunt race to Northern Ireland.

The announcement was confirmed by CEO Emma Meehan at the Ladbrokes Festival of Racing launch event this evening, hosted in the prestigious surroundings of Hillsborough Castle and attended by horse racing industry stalwarts, sponsors, supporters of Down Royal and media.

The long-established two-day Festival – staged on 1st and 2nd November – is the highlight of the racing calendar at Down Royal and has an exceptional role of honour including great chasers such as Kauto Star, Beef or Salmon, The Listener, Looks Like Trouble, Florida Pearl and Don Cossack.

The recent announcement of a new six figure deal to secure sponsorship of the November Festival, sees Ladbrokes join the growing stable of sponsors at Down Royal.

With a total prize fund over the two days of €460,000, Friday 1st November will see the richest hurdle race in Northern Ireland take place – The WKD Hurdle – while the Ladbrokes Grade 1 Champion Chase will run on Saturday 2nd.

Emma Meehan, Chief Executive of Down Royal Racecourse addressed guests at the event saying: “The most prestigious of our race meetings, the Ladbrokes November Festival is set to be the biggest yet and we are thrilled to now have the richest prize fund ever for a National Hunt race in Northern Ireland.

“With attendance at Down Royal up twelve percent year-on-year we are anticipating a crowd of over 10,000 over the two days, and with the venue and the track both in tip top condition, it promises to be a superb day out for all.”

A video, ‘A New Era of Down Royal’ featuring last year’s Grade 1 Champion Chase winning trainer and jockey, Noel Meade and Sean Flanagan, and presented by racing commentator Richard Pugh was premiered at the event. A panel discussion was hosted by broadcaster Des Scahill and featured jockeys Keith Donoghue and Sean Flanagan.

Racegoers can expect to see some big name runners on the Racecard for the Down Royal Festival including the Gordon Elliot trained Samcro in the Beginners Steeplechase and in the Champion Chase, Elliot’s Delta Work will run alongside the Paul Nichols trained Clan des Obeaux.

Shane McLaughlin, Ladbrokes Managing Director, said: “Ladbrokes has a long and proud association with top-class horse racing and we are thrilled to be embarking on this exciting new sponsorship of the November Festival of Racing at Down Royal. We’re looking forward to an action-packed weekend of top class racing.”

It is no less competitive away from the race track with the ‘Best Dressed Lady Competition’ also taking place on Saturday 2nd November. This year, the principal sponsor has been confirmed as Galgorm Spa & Golf Resort, Northern Ireland’s premier luxury hotel and spa.

Emma Meehan continued: “We are delighted to welcome Ladbrokes, WKD and Galgorm Spa & Golf Resort to our growing family of key sponsors and partners and look forward to working with them to make the Festival the best yet.”

Gates open at 11am and the first race is at 12.45pm. General admission is £15 and tickets are available at the turnstiles on arrival. Children under 16 go free and free car parking is available.