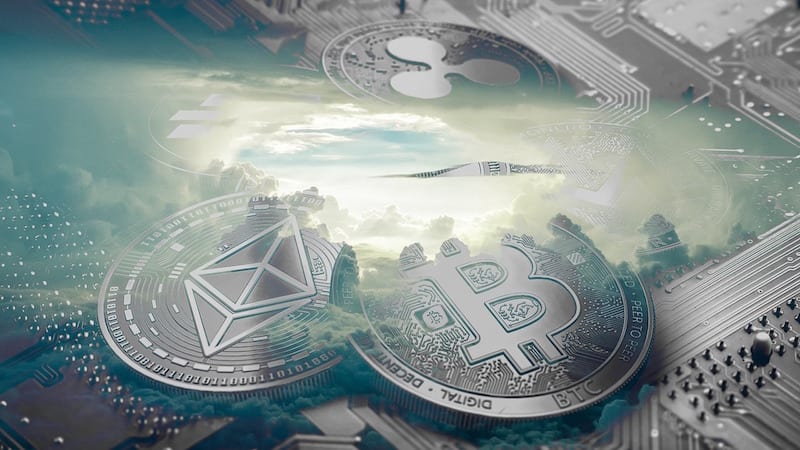 As cryptocurrencies become more mainstream, business owners and investors have started taking note of an entire world beyond Bitcoin – the first and most popular cryptocurrency on the market today.

The underlying technology behind Bitcoin, called blockchain, has resulted in disruptive technological advancements affecting almost every industry from health care to real estate.

This article will introduce you to cryptocurrency, blockchain and all the latest developments every business owner needs to understand in order to navigate this new world.

To know the Cryptocurrency world, it is essential to have a basic understanding of blockchain.

In the simplest terms, blockchain works like a public ledger that is distributed by several computers at once.

Cryptography is used to protect all the data, which is organized into “blocks”. Each block is connected forming a “chain”.

The data cannot be changed. Amendments can take the form of additional transactions that create a new block that is then added to the chain. This provides accountability and accurate record-keeping.

The cryptographic technologies keep sensitive information private. The public nature of the ledger ensures that all the records are accurate and that the transactions have successfully occurred.

The nature of this “trustless” system, where information is public and decentralized (not owned by a single entity or computer), is what makes cryptocurrency possible.

In the case of Bitcoin, there is a fixed amount of coins (and therefore no inflation), and the price is based on user demand and investor speculation.

Hundreds of cryptocurrencies have been created using blockchain technology, and most are faster and cheaper to use than Bitcoin in terms of fees.

The word “coin” was popularized mostly through the name “Bitcoin”, however the most appropriate term to use to denote a value-based unit in blockchain is “token”.

There are several types of tokens and Bitcoin is a “currency token”, meaning that its sole purpose on the blockchain is an electronic store of value.

Bitcoin is the first decentralized, non-governmental currency that is widely used to make purchases online. In the early days, it was used mostly for web-related services like hosting or domain purchases. Since then it has grown rapidly and can be used to make purchases at mainstream websites like Microsoft and Expedia.

There are other currency tokens that have become popular in recent years, including:

Started in 2011, Litecoin was one of the first Bitcoin spinoffs, with nearly identical technology.

The main difference with Litecoin lies in its algorithm that enables it to process transactions faster than Bitcoin from 10 minutes per block to 2.5 minutes.

Released in 2012, Ripple promised “secure, instant and nearly free global financial transactions of any size with no chargebacks”.

Started by Ripple Labs Inc., Ripple is a currency exchange and remittance network. It gained widespread attention in the banking industry, and the resulting public interest made it the second-largest coin by market capitalization by September 2018.

Besides its function as a cryptocurrency, the XRP token has had other proposed uses such as mobile minutes and frequent flyer miles.

Simply put, Ethereum brought about technology that allows more to be traded than just currency, with many use cases including electricity sourcing and procurement, cloud storage and gaming functions.

Over 3000 DApps (decentralized applications) have been built on Ethereum, with most still in the development phase due to bugs and scalability issues.

Despite that, its use as a currency is popular and it’s available on all licensed exchanges throughout the world.

In 2017, a group of developers “forked” Bitcoin, meaning that the code was taken and extended into the creation of a new currency token.

This is completely legal because Bitcoin is an “open source” technology, meaning that its code is available online and free for anyone to use.

Various technological improvements in Bitcoin Cash resulted in an alternative to Bitcoin that is faster and cheaper to use.

Bitcoin Cash, along with all other tokens, are often referred to as “altcoins”, a term which has come to be defined as “anything but Bitcoin”.

Despite all the attention on currency tokens, blockchain is actually a rapidly growing industry with many other token types such as:

Utility tokens are sold during an ICO (Initial Coin Offering) and used to fund the development of a blockchain. These tokens are obtained by investors that believe in the potential of that particular blockchain framework. When purchased in large amounts they can be used to procure services on the blockchain and to exercise voting rights.

And like some stocks, security tokens fluctuate in price and some pay dividends.

The easiest way to trade the most popular currency tokens is through online exchanges that permit funding via wire or through a bank account.

Another popular way for crypto trading is CFD. CFDs are financial derivatives conducted as contracts between traders and the brokerage company. Rather than taking ownership of the cryptocurrency, the trader buys cryptocurrency CFDs from an online broker. He can then receive the difference or take a loss depending on the change of value of the underlying asset.

Despite being the most popular cryptocurrency in the world, Bitcoin represents only a part of the activity occurring in the blockchain industry.

Besides Bitcoin, there are many other currency tokens available, including Litecoin, Ripple, Ethereum and Bitcoin Cash.

Investors can trade these assets by purchasing via mainstream cryptocurrency exchanges. An alternative way to invest is by buying contracts for difference, or CFDs.

The current investment environment for cryptocurrencies remains very very volatile and any trading conducted should be carefully researched.

Despite that, the uncertain economic conditions prevailing in the world today present many scenarios that increase interest in cryptocurrency investing, and the trend is expected to increase.